A national music project marking this historic time, A Song for Us celebrates our communities and the power of music to bring us together.

Leading singer-songwriters and composers Skinny Pelembe, Seth Lakeman, This Is The Kit & Bucky and Gwenno created the first in a series of fourteen County Songs. These launched online at asongforus.org from 12.30pm on 23 March 2021, the first anniversary of lockdown 1.

A Song for West Yorkshire (Boff Whalley and Thanda Gumede) premieres on 2 February 2022. The final two county songs, A Song Manchester and A Song for Wales will premiere on 23 March 2022, the 2nd anniversary of lockdown.

Help create a music map of the country with Your Songs. Share a favourite song, or write your own, that holds special meaning at this time. Listen in, create a song, share the music.

A Song for Us celebrates creativity in everyone, whether performing, composing, or listening. #ASongForUs #LetsCreate

A SONG FOR SOUTH YORKSHIRE: Skinny Pelembe is a multi-talented wonder, born in Johannesburg and raised in Doncaster. He released debut album Dreaming Is Dead Now in May 2019, with support from BBC 6 Music’s, BBC Radio 1 and Worldwide FM. In 2020 Blue Note asked some of the top British names in music to rework songs from their legendary back catalog. Skinny’s version of Andrew Hill’s cult classic Illusion was chosen as one of the singles from the Blue Note Reimagined album. His varied approach to his influences started early on. His two older brothers were heavily into hip-hop, while he would also absorb the West Coast folk and country music played by his dad. The former influences the way he thinks about his lyrics. The latter has continues to inform the way he writes songs.

A SONG FOR DEVON: Seth Lakeman Multi award-winning folk singer Seth Lakeman released his new album A Pilgrim’s Tale in early 2020, a year that marks four centuries since The Mayflower ship departed the UK. Seth was raised and still lives on Dartmoor, within sight of the sea at Plymouth, from where the Puritans sailed on the Mayflower in 1620. Since the Mercury Prize nominated Kitty Jay (recorded in his kitchen for £300), the follow-up gold selling Freedom Fields Seth has relentlessly pushed his musical boundaries and those of folk and roots music. He has been touring around the world for the last couple of years with rock legend Robert Plant, playing as part of his band The Sensational Space Shifters as well as playing shows with his own band and solo.

A SONG FOR BRISTOL: This is The Kit & Bucky. This Is the Kit is the musical project of Kate Stables. One of time and change and careful listening. It has carried Stables from Winchester to Bristol to Paris (where she’s lived for the last 15 years), and across tours and festivals around the world. Her fourth album Moonshine Freeze was nominated for an Ivor Novello award in 2017 . In early spring of 2020, just before everything got weird, Kate and her band of trusty companions, (Rozi Plain, Jamie Whitby-Coles, Jesse D Vernon, and Neil Smith), knuckled down to record what would become This is The Kit’s fifth album Off Off On. It was released in October to huge acclaim with the Independent naming them “One of the most original and musically gifted artists of today'. For A Song for Us, Kate will collaborate with fellow Bristol band Bucky. Primitive 'power-duo' from Bristol who have been going for ages and were once described as sounding 'like Billy Childish meets Ren & Stimpy'

A SONG FOR CORNWALL: Gwenno. Gwenno Saunders is a Welsh-Cornish musician and conceptual artist . Her interest lies in exploring the cultural and linguistic identities of Britain through popular song. As a Welsh and Cornish speaker she has released two critically acclaimed albums Y Dydd Olaf (2015) and Le Kov (2018) in Welsh and Cornish, respectively on Heavenly Recordings and is currently recording her third due to be released in 2021.

A SONG FOR EAST RIDING: Gavin Bryars. Born in Goole and still a season ticket holder for Goole Town FC, Bryars has continually shunned convention, treading his own distinctive and unique path. Starting as a jazz bassist and pioneer of free improvisation with Derek Bailey and Tony Oxley, he worked with John Cage in the late 60s. Early iconic pieces The Sinking of the Titanic and Jesus Blood Never Failed Me Yet achieved great popular success. Since this time Bryars has composed four operas, a large body of chamber music, several concertos and much vocal music. He has collaborated with international artists across the spectrum from Merce Cunningham and William Forsyth to Juan Muñoz and Robert Wilson. The Gavin Bryars Ensemble and GB Records continue to document his work. Serene, graceful and achingly beautiful, his music is characterised by a sense of contemplation that is revealed through harmony of underlying depth.

A SONG FOR DORSET: Karen Wimhurst is a widely commissioned composer ranging from chamber works to music theatre, theatre and large-scale, collaborative productions. She has been commissioned by festivals and ensembles throughout Britain with performances by the Bournemouth Sinfonietta, Grimethorpe Brass Band, Welsh National Opera, and the Scottish Chamber Orchestra among others. Eclectic in nature, her own distinctive music manifests diverse traditional and jazz influences alongside a strong grounding in contemporary classical music. A passionate environmental activist, she has worked in many cross disciplinary collaborations.

A SONG FOR KENT: Tania Holland Williams - deviser, opera director, song-writer, Artistic Director of Fat Lady Opera – all round Renaissance woman. Tania trained as a clown and went on to become an opera singer in Germany. Since returning to the UK she has been involved in devising, writing, producing and directing a wealth of operas, sound installations and staged choral works. These have included site responsive community operas at Chatham Historic Dockyard; Folkestone Harbour and Rochester Cathedral. Commissions for Cheriton Light Festival; Turner Contemporary and The Beaney. She created the world’s first escape room opera experience and the world’s first live-Zoomed Chorus as part of Persephone’s Dream which premiered at the TaT2020 festival during the first year of Covid. She is responsible for curating the 3-year contemporary music in living rooms programme, Davy Jones’ Locker and for pioneering The Invisible Opera House biannual festival series. Her work is influenced by philosophical thinkers and writers and invites audiences into imaginative storytelling about essential human truths.

A SONG FOR LANCASHIRE: Little Boots - Grammy nominated songwriter and producer Little Boots has masterfully walked the line between pop and electronic throughout her career. Making headlines and chart topping hits since she first emerged in 2008, Little Boots won the respected BBC Sound Of poll and a Brits Critics Choice nomination just a year later. A prolific talent who’s masterfully thrived in both pop and electronic spaces alike, words alone don’t do justice for a talent praised recently by the Los Angeles Times as “one of the U.K.’s most interesting pop stars.”

A SONG FOR DERBYSHIRE: Rukus is a UK recording artist, DJ, and producer who has been professionally touring and performing both nationally and internationally as a solo artist and with his TRINITY collective. Rukus’s first release ‘Let It Go’ produced by Baby J achieved nationwide success and critical acclaim. The single featuring Ty, Klashnekoff and Yogi took the UK Hip-Hop scene by storm and immediately became a ‘classic’ and launched Rukus into the airwaves. Since then Rukus has released a number of hits with regular airplay on Radio1, 1Xtra, MTV Base, Channel U. Along with his commercial success, Rukus has a healthy library of mixtapes and singles featuring Wretch 32, Pyrelli, Def 1 and Skepta to name a few. After taking time out of music to focus on family and his business Rukus has been back in the studio preparing a couple of forthcoming projects dropping later in 2021.

A SONG FOR LONDON: Bishi is a singer, electronic rock-sitarist, composer, producer, and performer born in London of Bengali heritage. As a multi-instrumentalist she has been trained in both Hindustani and Western Classical styles, and studied the sitar under Gaurav Mazumdar, a senior disciple of Ravi Shankar. Bishi has written, performed and released two albums and five EP’s on her own label Gryphon Records to critical acclaim. Her most recent single ‘Don’t Shoot The Messenger,’ was produced by Tony Visconti.

A SONG FOR EAST SUSSEX: Normanton Street’s sound is lyrically focused with three distinct vocals, jazz influenced guitars, warm bass grooves and tight rhythmic drums. Based in Brighton, the band consists of Ned, Nicholson and Phoebe Freya. Normanton Street have quickly amassed a loyal following of fans around the world off musical prowess and a lot of hard work. They’ve played gigs and festivals across the UK, Europe and US, including France, Spain, Croatia, Belgium, Holland and Austin (Texas). As well as opening for high-profile artists like the legendary Talib Kweli and Mercury-nominated poet Kate Tempest.

A SONG FOR WEST YORKSHIRE:
Boff Whalley was born in Lancashire, where he worked as a postman and supermarket shelf-stacker before starting a band with friends in the Thatcher era. After 25 years of recording and touring with Chumbawamba, Boff started to write – he has written several touring plays and musicals for Red Ladder Theatre and has written large-scale community musicals with residents of two East Leeds estates, performed at West Yorkshire Playhouse. He is currently working with Cardboard Citizens Theatre and Welsh National Opera (both with writer Sarah Woods), with Edinburgh Fringe winner Daniel Bye, and with Commoners Choir. He has published two books ('Footnote' and 'Run Wild'), writes for various magazines, and has just finished writing a book on fell running and punk called 'Faster! Louder!'.

Thandanani Gumede or Thanda (for short) is a Zulu name that means "Love one another". Thanda (mjf hothouse artist; Jazz North Rota and Opera North BAME Resonance alumni) is a Vocalist and a multi-disciplinary artist from Durban in KwaZulu-Natal, South Africa and he is based in the U.K. Thanda is also the co-founder and managing member of the touring freelance cast known as Zulu Tradition as well as a member of the British/South African band Ubunye. Performances include the first ever Nelson Mandela Day for the United Nations at the British Museum in London; a West End appearance at the Theatre Royale for Her Royal highness Princess Alexandra and an exclusive performance for 44 members of the British Royal family at Buckingham Palace; SKY 1 as well as BBC Radio and Television appearances. 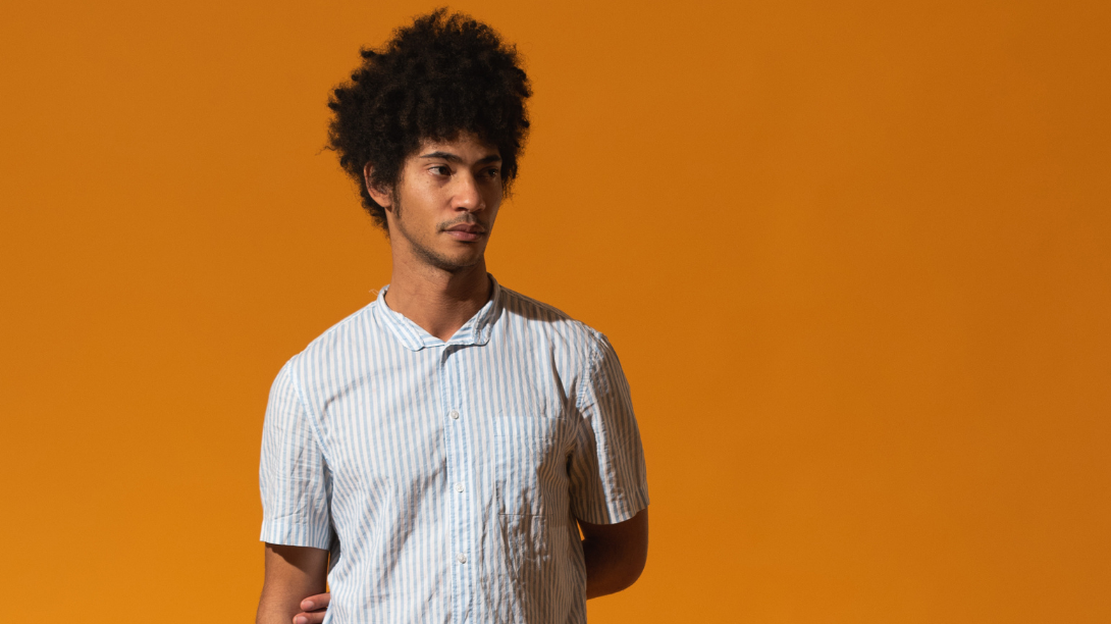 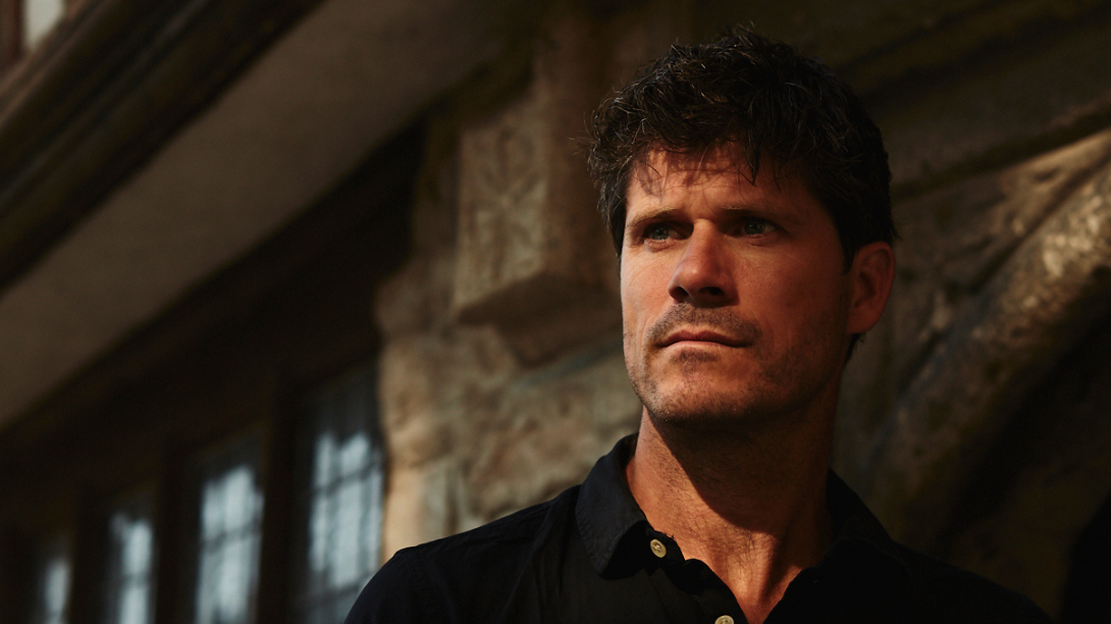 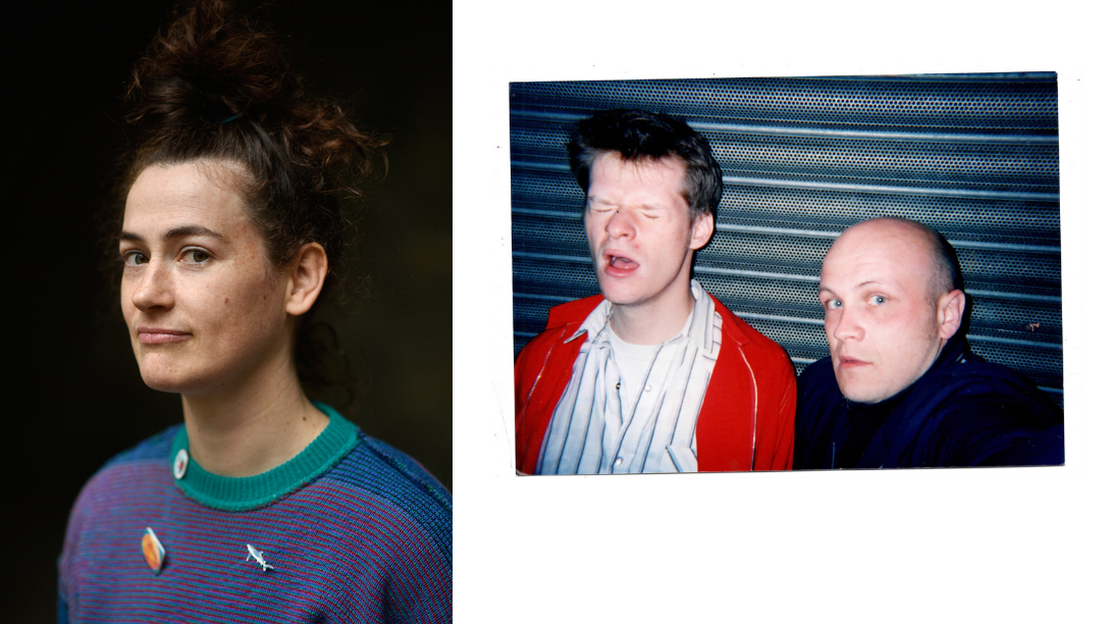 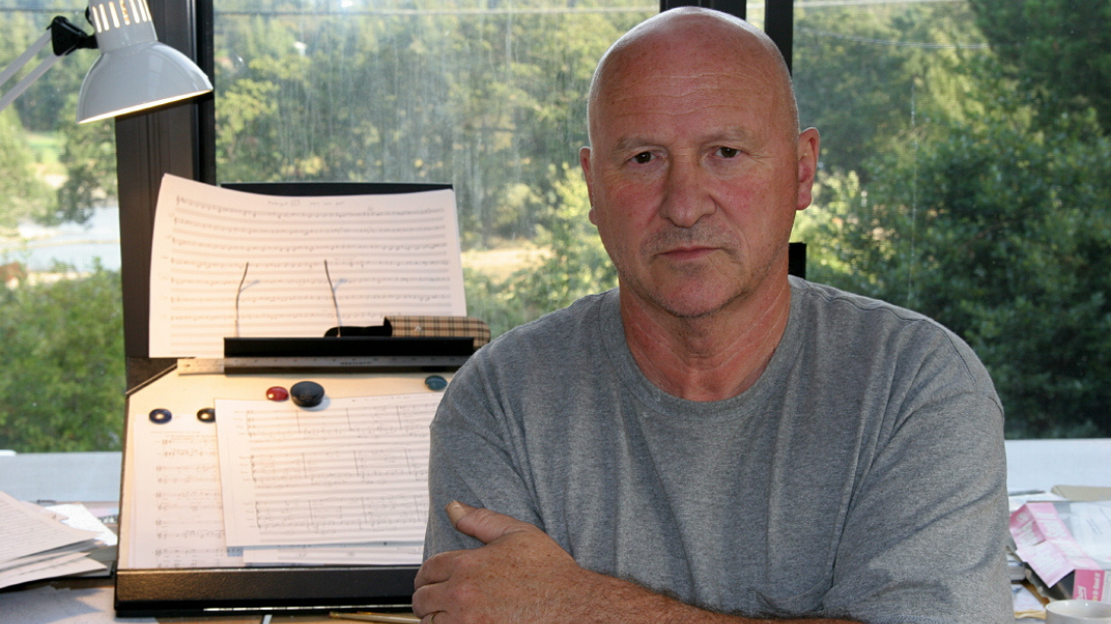 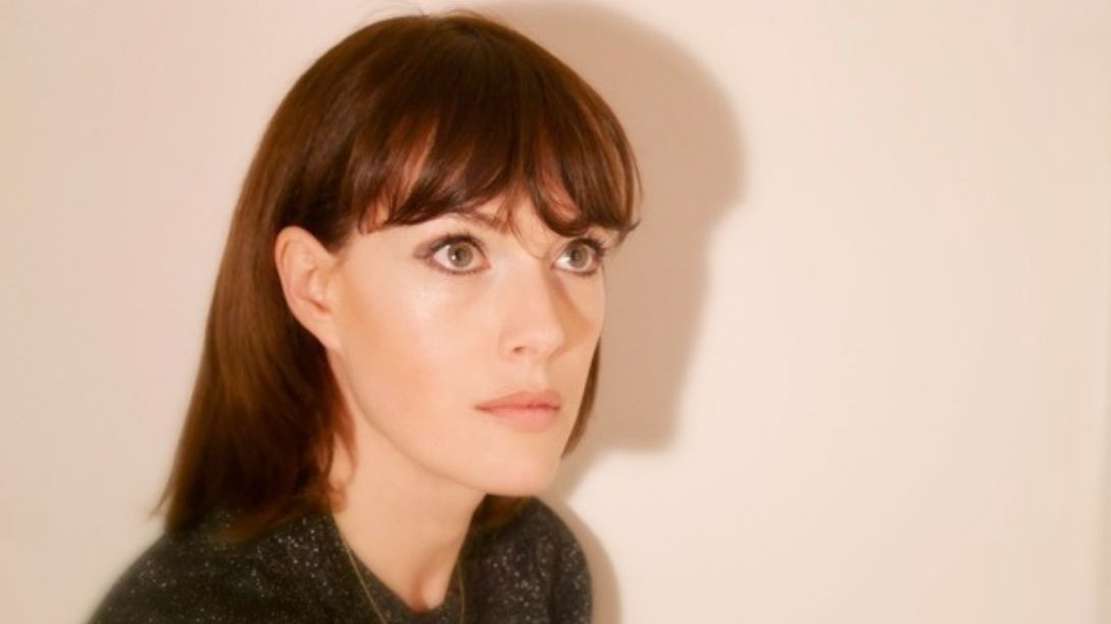 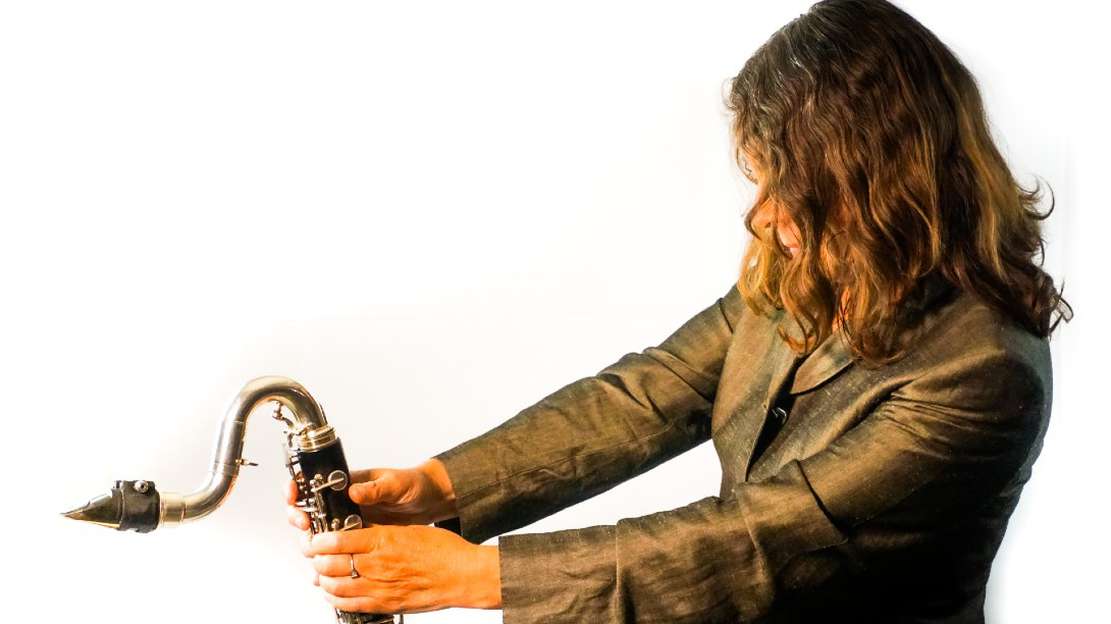 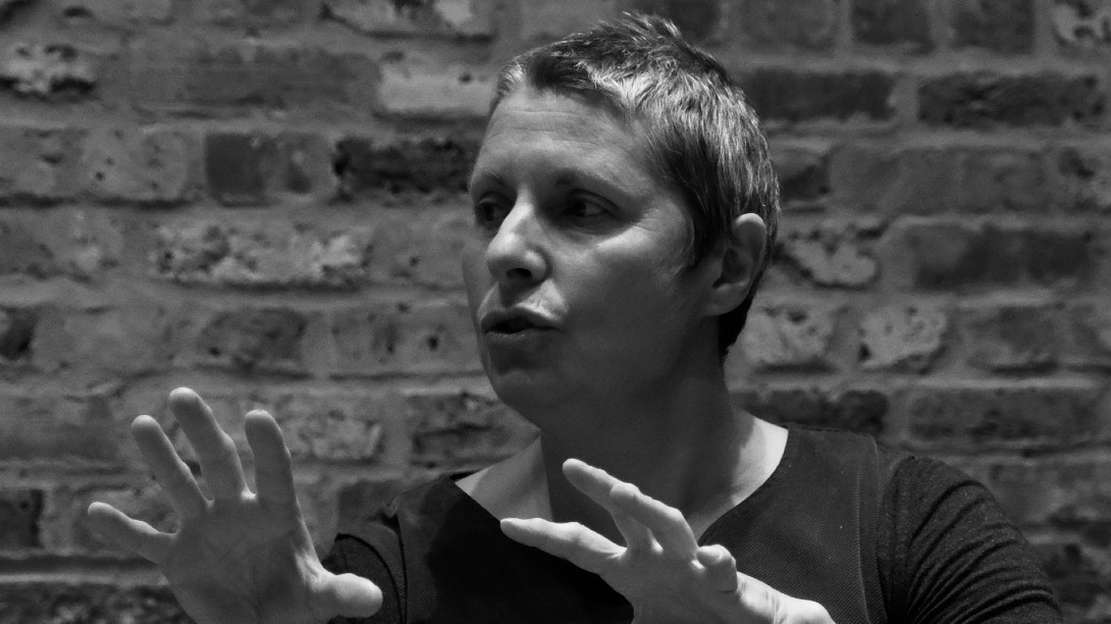