"bound to delight" - The Daily Telegraph

Internationally acclaimed live film company The Paper Cinema presents a bewitching new production based on ghostly tales from Cornwall, Devon, Wiltshire, Shropshire and Barking, London as the perfect family night out for Halloween.

Beguiling pen and ink drawings inspired by visits to local schools are magically brought to life by a pair of puppeteers and a projector to create a unique, animated film. An ensemble of nationally respected multi-instrumentalists (including violin, guitar, musical saw and live looping) joins them on stage to perform an eerily atmospheric soundtrack.

Each act in this captivating new show draws on a story from each location; discover what happened when the Devil came to Cornwall, a witches curse in Devon, ghostly apparitions in Shropshire and the haunting of Savernake Forest, Wiltshire. It also includes a specially commissioned ghost story by local crime writer Linda Rhodes inspired by the tragic Barking boiler explosion of 1899.

The local ghost stories for the rural locations were researched during visits to each village in April 2016, which also included workshops in local primary schools. These gave Year 5 students an overview of how to create the imagery and music for a short animation, culminating in a short performance by the children. The Barking story has been commissioned by local crime writer Linda Rhodes who draws on the tragic Barking boiler explosion of 1899 to create a visually arresting ghost story for the show.

Ahead of the live shows, The Paper Cinema will also visit secondary schools in each location in September to give workshops on film music composition inspired by the project.

At the live shows in October, there will be the chance to meet the artists, hear how they created the show as well as look more closely at their puppets and those made by the local school children.

About The Paper Cinema:
Founded in 2004 by Nicholas Rawling, with Imogen Charleston and Christopher Reed, The Paper Cinema tour bespoke pieces around Britain and internationally. The company’s previous work has included critically acclaimed, Total Theatre Award nominated Night Flyer & King Pest, staged at BAC in 2008, and The Rock Charmer, an extraordinary work projected on to the cliffs above Winspit as part of Inside Out Dorset Festival. The Paper Cinema’s Odyssey is the company’s most recent work. Since its premiere in the spring of 2012, Odyssey has gone on to tour internationally after being selected as part of the British Council Showcase at the 2013 Edinburgh Fringe Festival. After Ghost Stories, The Paper Cinema will take Odyssey to Shanghai in November 2016.

This tour is the second of a new touring network Soil and Concrete, with Sound UK working in partnership with four rural partners; Beaford Arts in North Devon, Carn to Cove in Cornwall, Pound Arts in Wiltshire and Arts Alive in Shropshire, plus one suburban partner, Studio 3 Arts working in Barking, to bring new music to rural and urban areas of low provision and engagement 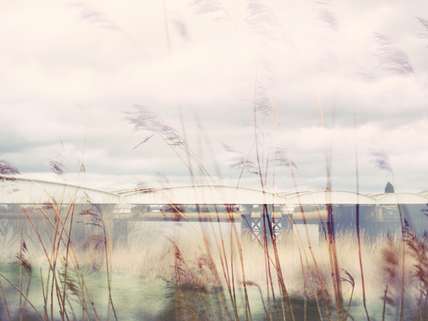