Charles Hazlewood with Army of Generals and The British Paraorchestra

In association with Sound UK

Dust off your SNESs, N64s and boot up your Playstations as Charles Hazlewood takes us on a musical adventure into some of the gaming world’s most memorable soundtracks.

PLAY! is a symphonic roller-coaster ride of classic computer game themes alongside the orchestral works that paved the way. Taking Holst’s The Planets and Strauss’s iconic tone poems as a starting point, the programme takes in the high-octane pursuit of Grand Theft Auto, the legendary theme to Tetris, the cinematic soundtrack to Final Fantasy VIII and many more. Tonight’s show will bring together gamers young and young at heart as it references classic console music from the past four decades.

First performed to a rapt audience at Glastonbury Festival 2017, Play! is conducted by Hazlewood and performed by a forty-piece ensemble of musicians from the electrifying Army of Generals and members of the world’s only professional collective of disabled musicians, The British Paraorchestra.

Special guest announcement! The wonderful Victoria Oruwari, who recently made the finals of the BBC singing competition All Together Now will be joining the line-up at the Barbican show. Victoria will be performing a piece by Jessica Curry from the game Everybody’s Gone To The Rapture.

About Charles Hazlewood
Award-winning British conductor Charles Hazlewood occupies a unique position in the musical world. He is the Artistic Director of the British Paraorchestra, regularly conducts many of the world's greatest orchestras, and collaborates with a huge spectrum of fellow artists from Professor Green to Steve Reich to Nigel Kennedy to Goldie. His fresh performances of music cross genres, break new ground and excite audiences wherever he performs, but his goal is always the same: exposing the deep, always-modern joy of orchestral music.

About Army of Generals
Army of Generals is an electrifying ensemble of non-disabled orchestral musicians that has built an enthusiastic following. It is famed for its dynamic energy-fuelled performances, can scale up from a small ensemble to a large symphonic offering and always prides itself on passion and drama. Army of Generals have performed with Charles Hazlewood for many years, including work for television and film, and more recently in conjunction with The British Paraorchestra as part of Hazlewood's headlining performance at Glastonbury Festival 2016 performing the Philip Glass Heroes Symphony. In 2017, the ensemble's credentials were enhanced through crossover work into the pop/rock arena as they backed Father John Misty and The Unthanks on sell out tours of the UK festival and concert hall circuit. 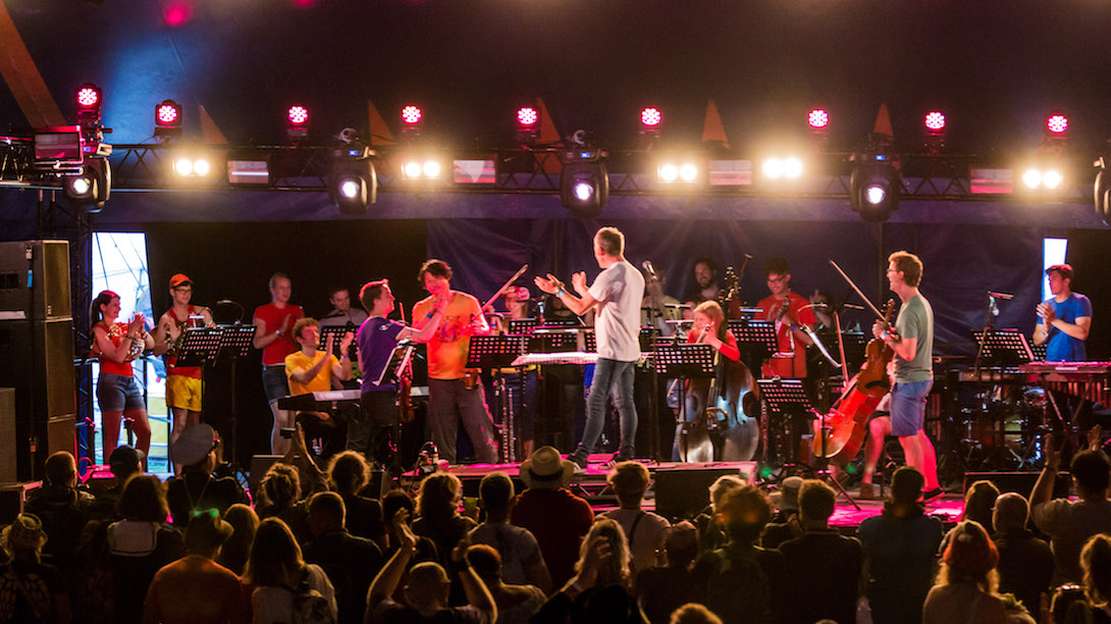