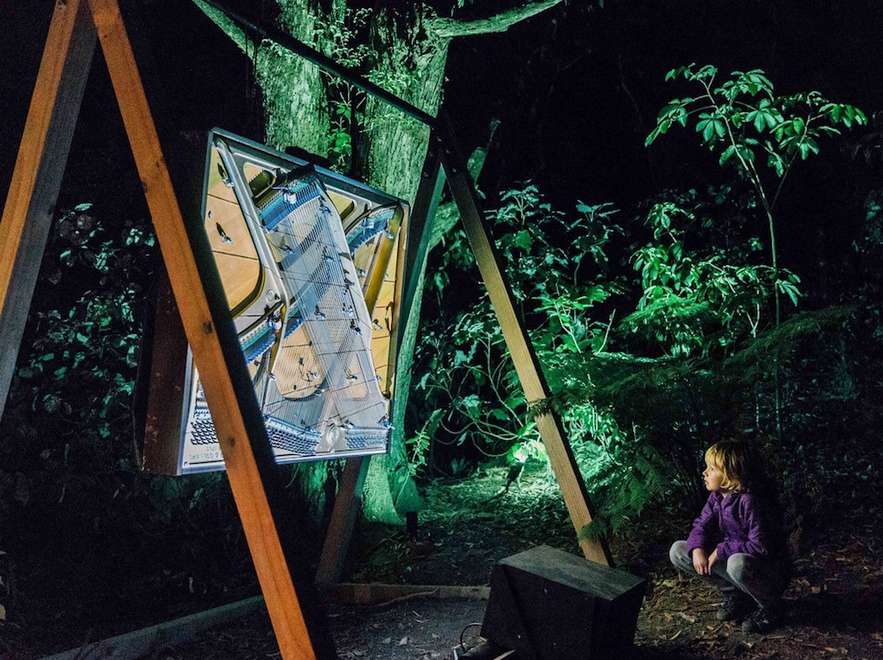 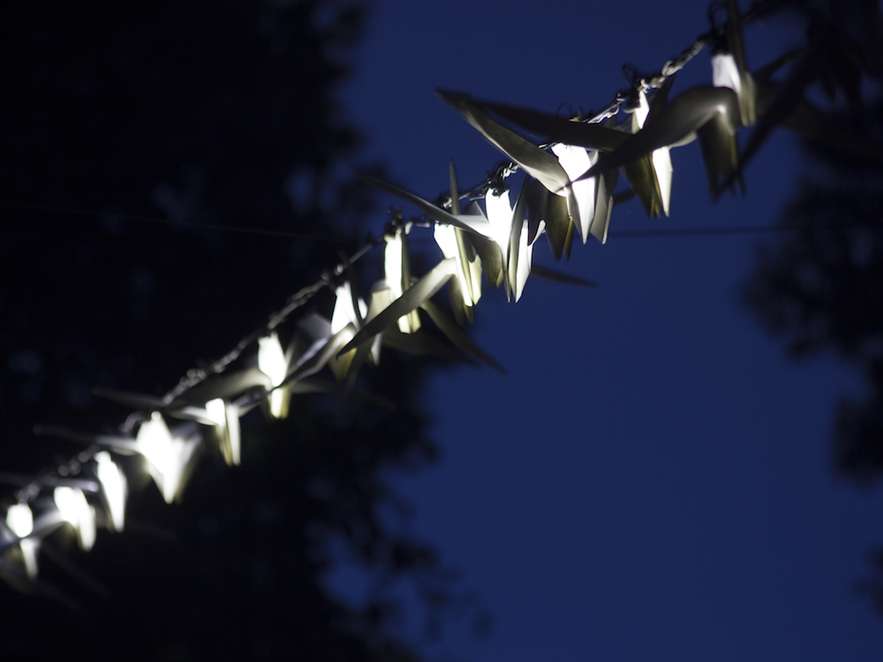 Drawing on inspiration from behaviours and phenomena found in the natural world, Kathy creates work that is generative; that evolves; that can be different each time it is experienced.

Kathy frequently works in collaboration with other practitioners and scientists and often actively involves the audience in the creative process. She has created light and sound installations in public spaces, including urban streets, woodlands and forests.

She has shown work extensively across Europe, China, Pakistan, USA, Canada, Colombia, Mexico, Brazil and New Zealand. She became a Cryptic associate in 2015. Kathy received an Honorary Mention at Prix Ars Electronica 2015 for Tipping Point and Piano Migrations was runner up for the Sonic Arts Award 2014 and listed for the Aesthetica Art Prize 2014. Kathy received an Oram Award in 2017 for innovations in sound and music.

“There is something poignant about the delicacy of Hinde’s flock of origami birds… Lights rush in perfect harmony with the wash of sound creating a unified sensorial experience.”
The Times **** on Luminous Birds