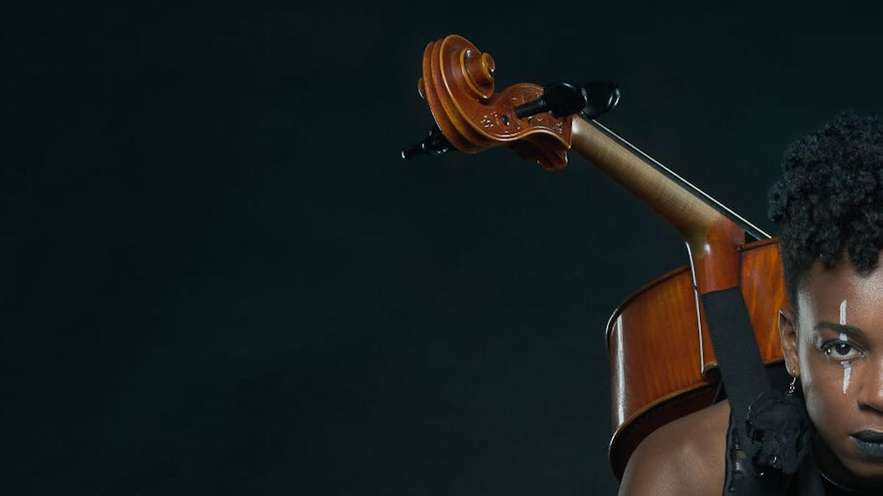 Ayanna Witter-Johnson's new composition explores and wonders about the creation of Earth and how it has developed over time. The melody appears and re-appears in different ways to reflect a myriad of perspectives/thoughts that she had during her research and creative process.

Ayanna Witter-Johnson - Singer, songwriter, cellist and rare exception to the rule that classical and alternative r&b music cannot successfully coexist. Graduated with a first from both Trinity Laban Conservatoire of Music and Dance and the Manhattan School of Music, Ayanna participated in the London Symphony Orchestra’s Panufnik Young Composers Scheme and became an Emerging Artist in Residence at London’s Southbank Centre. She was a featured artist with Courtney Pine’s Afropeans: Jazz Warriors and became the only non-American to win Amateur Night Live at the legendary Apollo Theatre in Harlem, NYC. Since releasing her EP’s Ayanna has toured extensively in the UK and in Europe, gained a MOBO award nomination, and has been played on BBC Radio 1 & BBC 1Xtra. http://www.ayannamusic.com/

Professor Sanjeev Gupta is a geologist at Imperial College in London. He is interested in the processes that shape landscapes and how we can reconstruct these from Deep Time records preserved in sedimentary rocks. Since 2012 he has been exploring the evolution of Mars' landscapes. Currently he works with NASA's Curiosity rover to discover if the Red Planet could ever have been habitable for life, and is excited about future explorations with the European ExoMars rover due for launch in 2020. https://www.imperial.ac.uk/people/s.gupta

1. Earth is in the habitable zone around our Sun, where it’s not too cold and not too hot, so liquid water can exist. This is sometimes referred to as the ‘Goldilocks Zone’

3. The Earth has one natural satellite, the Moon.

4. Earth is a rocky planet with beautiful features such as mountains, valleys and canyons, but most of the surface is covered in water.

5. It takes the Earth 24hrs to rotate on its own axis and 365.25 days to complete one orbit around the Sun. That’s why every 4 years we add an extra day to February – to make up for the extra quarter day every year.