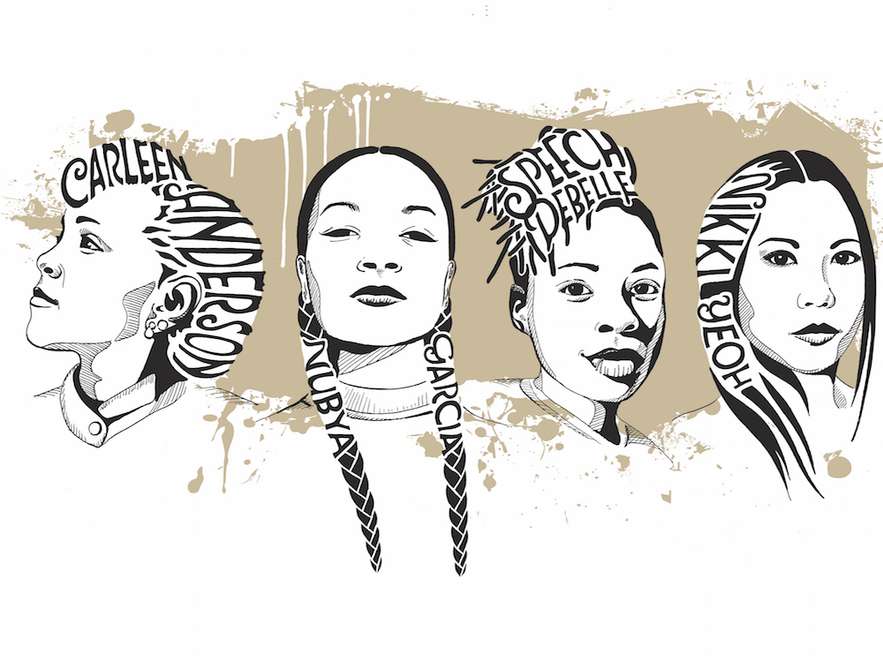 A Change Is Gonna Come is a timeless melody with one of the great opening lines in pop. It evokes the river, symbol of Mother Earth’s riches, that does not stop running, just like the disenfranchised, those born ‘in a little tent’ on its banks, who look forward to the dawning of a new day, or, more specifically, a brighter tomorrow.

When Sam Cooke wrote the song in 1964 the right to vote for people of colour in America, still commonly referred to as Negroes, was yet to be granted. Dr. Martin Luther King jnr, had delivered his landmark I Have A Dream speech at the Lincoln Memorial in Washington, the previous year. Both men were slain at a young age, at crucial junctures in the Civil Rights movement, but their bold statements have still retained an inspiring permanence that outweighs the transience of their precious lives.

Protest music is a term that can be applied to all manner of genres, from soul and jazz to folk and rock, but the defining feature of any work that might be deemed the sound of resistance is its awareness of the all-consuming nature of struggle and desire to stay the course, all the way to King’s ‘mountain top’, the promised land of equality.

Which is something that can also be identified in many different areas of art other than music. Song and speech, melody and oratory have long been entwined in African and black Diasporan culture. If musicians such as Cooke and religious leaders like King, the archetype of a preacher who often became singer when he performed a sermon, stood bravely in the vanguard of the war on oppression, cruelty, poverty and the presumed superiority of one race or class over another, then writers and poets were no less remarkable. For example, Langston Hughes was a monumental figure of the ‘30s Harlem Renaissance who saw the literary value of the blues as well as the dignity, beauty and humour of the second-class citizens of ‘the Colored Section.’ His What Happens To A Dream Deferred? is one of the great flights of rhetoric in modern literature, an urgent summary of what the downtrodden feel that is lifted up by the threat of what they can do, as the verse comes to ‘explode’ in its graphic finale.

The prospect of hearing these amazing musicians put their own spin on these and other iconic works by such as John Coltrane, Woody Guthrie, Nina Simone and Odetta, in A Change Is Gonna 'Come, is cause for celebration. They will also play their original compositions that remind us of their firm commitment to making music that duly addresses the subject of injustice. Anderson’s recent Cage Street Memorial project was a dazzling evocation of the unbreakable bedrock of the black family set against the backdrop of ‘Freedom marches’ in America as well as Anderson’s own path as artist and mother in Britain.

Creating continuums between one generation and the next, cementing the links of community while smashing the chains of slavery and the shackles of segregation has always been a priority for these exponents of protest music. The recognition of elders who made sacrifices for youngers and fought valiantly for equality on either side of the Atlantic - potently epitomized by Rosa Parks, Medgar Evers, Claudia Jones and Marcus Garvey - galvanizes countless melodies written against the abuse of power. Acts of remembrance thankfully counter those who would seek to deny real history.

In the church, one of the essential safe havens for the wretched of the ‘New world’, and the concert hall or nightclub, those arenas of popular music where a message can reach the masses by way of a golden horn or black vinyl, any songs that give people the precious commodity of hope are an integral part of the human condition. They are an earthly token of the sweet chariot swinging low from heaven. They instill courage in the most extreme circumstances, be it the sight of a Klansmen’s pointed hood or a policeman’s billy club. Amazing Grace is both weapon and anthem. As activists said when they were faced with state sponsored violence; ‘If in doubt pray… and sing.’

The tone of protest music can vary enormously from one artist to the next. However there is a recurrent theme in the seminal entries of the canon: the look to the future, the peremptory affirmation of what will, rather than might come to pass. It is as much in Gil Scott Scott-Heron’s stark warning that The Revolution Will Not Be Televised as it is Sam Cooke’s soothing promise that A Change Is Gonna Come. Oh yes, it will.

- Kevin Le Gendre, broadcaster, writer and journalist whose book Don’t Stop The Carnival – Black Music In Britain (The Peepal Press) is published on 24 May.
@k_le_gendre