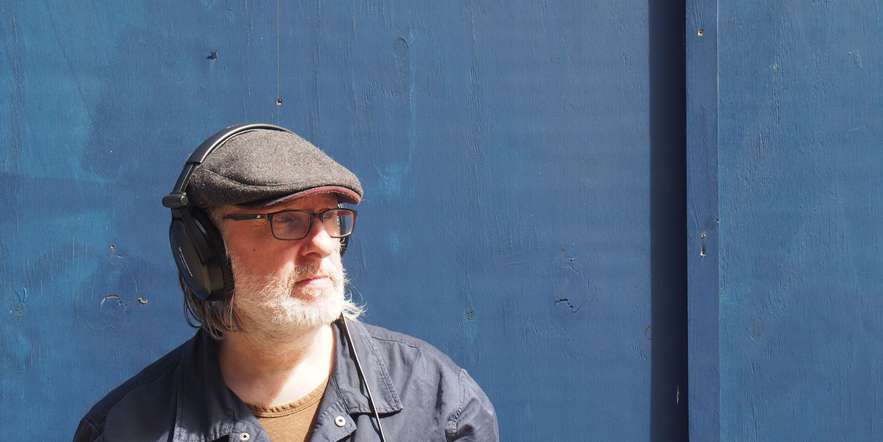 We are working with Historic England and the National Trust to launch a series of self-guided, immersive sound walks to help people discover the magic of their local high streets in September 2021.

Can you tell us more about your Sound Walk? What are the key themes, stories and sounds that you are exploring?

Breet Velvit Ake is a piece in the tradition of soundwalking as an art form, so it draws on the interplay between narrative and the poetics of place; situated listening, imagination and perception. In terms of the narrative I’ve drawn on elements of the streets history in terms of it’s architecture, including the minerals used from various parts of the world, connections to radical social progress and cultural histories. For example the musical subcultures of the late 70’s, 80’s & 90’s and how the street, and its locale, felt like an edge in the city that we could call ours.

Also the history of a sense of community amongst those asking other questions; around identity, gender and mainstream conventions.   I’ve used self designed microphones to reveal sounds such as plants drawing moisture through their roots growing from a drainpipe, the sound of the world turning below the street, mineral used in various buildings dissolving, the web of frequencies from store displays and communication systems, and the resonance of civic architectural structures on the street.

What do you hope audiences will experience from doing the Sound Walk?

I hope it will allow the audience to experience the street in a new way, and spend a bit more time there listening, looking up beyond the store fronts and considering how such streets belong to us all & we need to take ownership of them in a wider sense than seeing them as merely commercial sites.

Whitefriargate is short, so the pace of the piece encourages the audience to slow down, to use the street in a different way.

I’ve been involved in music, mostly experimental music and sound since my early teens, but I also worked in the music industry, in various contexts, up until the late 90’s. I would say that it’s really in the last two decades or so that I have become widely known as a sound artist globally, working extensively with located sound, and especially in terms of expanding the use of extended techniques to reveal sounds normally outside of our range of hearing or attention.

I've had a personal interest in and connection to listening, as an active act, since childhood and this is where my creative drive to work with it also stems from. I can say that it all began with the home my mum created, where she ensured there was quietude when possible, and a celebration of the everyday, the details and things that are sometimes overlooked. From that starting point I went on to explore music and sound in different ways, always with the listening as an important creative process in and of itself; listening is different from hearing. Hearing is a passive sense whereas listening is what happens to what we hear, or sense physically from sound vibrations, as it interacts with us in different ways.

I also lead workshops, lecture and run several projects to explore the subject and part of that is an interest in how cultural histories are shaped and distorted by biases. In that sense being a sound artist also means listening to systems that form around the act and the cultures. It isn't enough to simply work with sound. You have to keep asking questions. 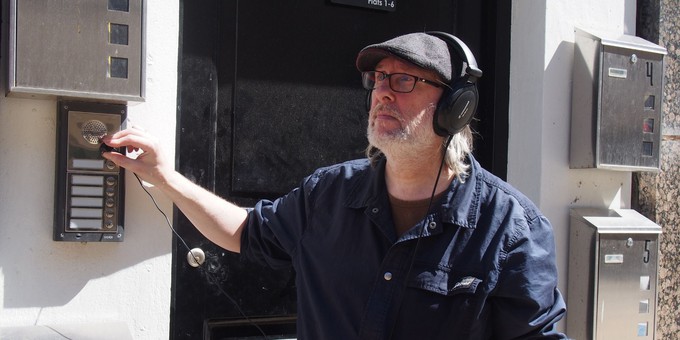 What is your relationship to Hull and how has this influenced your approach to this project?

I was born in Hull and have lived close to it for most of my life so far. The piece is obviously informed by a specific area of the city but in terms of the creative approach more generally I haven’t adapted the approach for ‘Hull’. My approach has been based on an intuitive, creative response to the brief, but with a determination to not assume accessibility means that the local audience needs talking down to or to be presented with a work that makes assumptions about their willingness to listen.

Audiences in the city have proved they are up for whatever the arts has to offer. I ran an experimental music series in the city for several years (seeds & bridges), attracting large audiences even for the most radical artists, and one thing I would hear from audiences then, as I did all the time during 2017 year of culture, was that folks were hungry for things they’d not had the chance to experience before or that challenged them.

So, I hope this walk, whilst being accessible, doesn’t compromise on the creative impulse and gives audiences something sincere and connected to the possibilities of place and of listening in different ways. 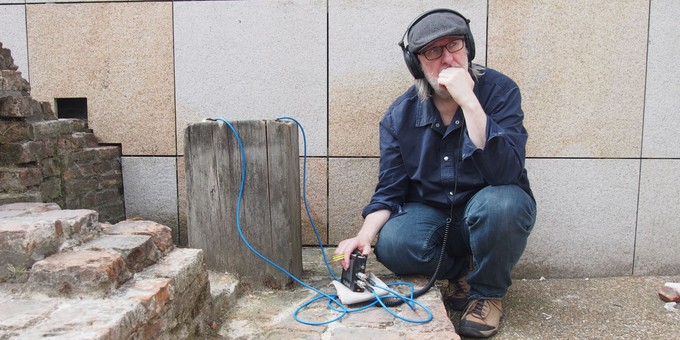 What is the most unusual sound or interesting discovery that audiences can expect to hear during the Sound Walk?

I think lots of the sounds I'm drawing from the street that we can’t normally hear will be of interest; the radio fall-out of events in the ionosphere above the street, having one's ears placed inside the roots of yorkshire fog (a species of common grass) or spending some time listening at roofline level to the mews (gulls in dialect).

In terms of the history, personally I think the streets connection to Mary Wollstonecraft is fascinating & needs more research.

What is the most unusual sound you have recorded in your career?

That’s a tricky question as I’m not really a sound collector in that sense. My work is about the intuitive connection to place and durational listening as an experience. I guess others might point to my work exploring the real sounds of plants or the resonance of architectural structures.

I also build microphones that are widely used in film, tv, games & theatre, so some of the sounds in, for example, the Attenborough TV series’ or the sound design in films and games might be regarded as unusual by some - though that’s one of the aspects of my work really, that I’ve been part of a change in how certain approaches have been used and brought from the realm of the experimental into wider areas of sound culture. 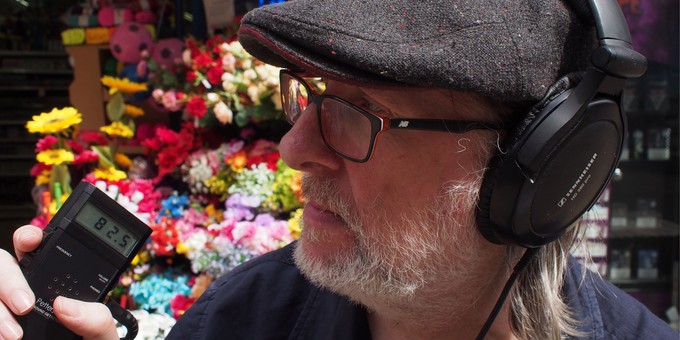 Personally, what do you enjoy most about Sound Walks?

Is it ok to say that I refer to soundwalking, in terms of its long history. For me I spend a lot of time actively listening and this means I do so also when walking of course, but as an art form Soundwalking can re-imagine place and play with how we perceive elements. It is a form of art, as much as any other approach and has the potential to spark something in anyone who experiences one.

How would you describe the experience to someone who has never done something like this before?

1) just try it. You, the audience, has a role in defining what it is.

2) In terms of this specific soundwalk, basically you can stream the walk on your phone, listening via headphones and the piece will invite you into sounds you won’t have heard before, glimpses of the cultural histories of the street and thoughts on where the street is now and can be going forward. It’s a meander rather than a guided walk and the intention is that folks will spend time walking along the street and nearby but also stopping to pay attention to wherever they want every now and then. 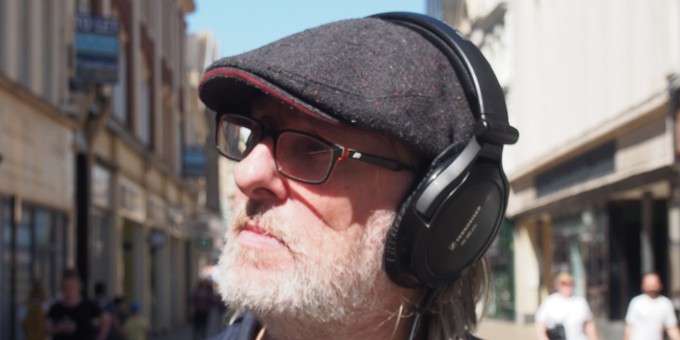 High Street Sound Walks are being launched as part of Heritage Open days and will be available from 10 September 2021. For more details on each of the Sound Walks, visit: www.HistoricEngland.org.uk/SoundWalks

The High Street Sound Walk for Hull is produced in association with Absolutely Cultured.