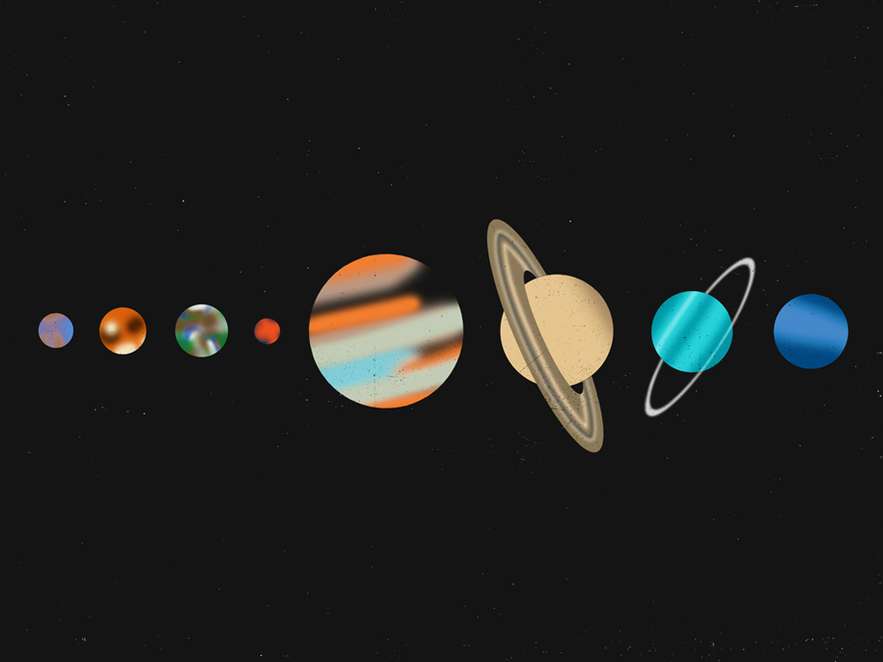 “Holst orbits into the modern age… each piece fizzes with textural detail, the musical analogue of the sulphuric swamps, ice storms and metallic hydrogen clouds that characterise our solar system”
**** John Lewis, The Guardian

Following the sell out and critically acclaimed success of its recent live tour of planetariums, The Planets 2018 is now available to enjoy as an audio stream for one year.

100 years ago, Holst’s The Planets was premiered. Shaped by an astrological understanding of the planets, this ground-breaking piece became a mainstream classic. Live Music Sculpture and Sound UK mark its centenary by asking: what would music inspired by current planetary science sound like in the hands of today’s composers?

To inform and inspire them, each composer was mentored by one of the UK’s leading scientists, working at the forefront of astronomy and passionate about widening its audience. These included experts from Imperial College, Queen Mary College, Royal Astronomical Society and Open University who gave composers deeper insights into their planets and opportunities to visit their labs, handle artefacts and experience NASA’s Curiosity Rover’s adventures in Gale Crater on Mars.

The result is 8 distinct sound worlds with each new piece of music introduced by the recorded voice of comedian Jon Culshaw (Dead Ringers, Newzoids and Spitting Image), a lifelong astronomy enthusiast and part of The Sky at Night team.

Internationally renowned for pushing the possibilities of the string quartet, the Ligeti Quartet premiered The Planets 2018 in quadraphonic sound, alongside live visuals, in full dome planetariums including sell out shows at Royal Observatory Greenwich, Thinktank Birmingham, Winchester Science Centre and We The Curious in Bristol. The Planets 2018 audio is now available to experience online streamed from Sound UK and partner websites for a year.

The Planets 2018 is the latest in the Live Music Sculpture series, founded by Samuel Bordoli in 2011 with the intention of producing site-specific work for live musicians in unusual spaces. Since then, Live Music Sculptures have been produced in some of the UK’s most iconic buildings, including The Monument, St Paul’s Cathedral and Tower Bridge, which have been nominated for awards and admired by audiences and critics. The Planets 2018 expands the concept bringing in a range of other composers and working in collaboration with new music producer Sound UK. Once created the legacy for the commission is hugely exciting with potential to be presented in other UK and international planetariums, in mobile domes in schools and more.