*PLEASE NOTE: all times opposite are doors. Click on each date to see stage times*

The first half see a performance from equally original US act Dawn of Midi who supported Radiohead at Madison Square Gardens and Nils Frahm on his last UK tour.

The tour kicks off at KOKO, London with a very special 4 artist line-up with Nosaj Thing and Daniel Lanois (solo) as part of Convergence 2017, before this exciting double bill takes to the road.

Drawing on music from his latest album HIVE1 (Nonesuch), recent Oranged Out EP along with new material, Braxton experiments with sound in a uniquely playful way to deliver "a sonically absorbing experience" Q Magazine.

Dawn of Midi's sets are as energetic and rhythmic as a seamlessly mixed DJ-set, mesmerising fans in the same way the group's favourite experimental and electronic acts have for decades. "something totally unprecedented" Pitchfork

Since leaving experimental rock band Battles, Braxton has written for the likes of Kronos Quartet and the Bang on a Can All Stars, collaborated with Philip Glass at All Tomorrow's Parties and had his multimedia piece HIVE premiered at the Guggenheim Museum, NYC before performances worldwide. He has also performed his orchestral work Central Market with the Los Angeles Philharmonic, London Sinfonietta, BBC Symphony Orchestra, and New York’s Wordless Music Orchestra.

Dawn of Midi is a Brooklyn based acoustic trio made up of Aakaash Israni from India on bass, Amino Belyamani from Morocco on piano and Qasim Naqvi from Pakistan on drums. Their highly acclaimed latest release Dysnomia (Erased Tapes) see the trio abandon improvisation in favour of composition, utilising sophisticated rhythmic structures from North and West African folk traditions to weave a sonic tapestry of trance-inducing grooves. 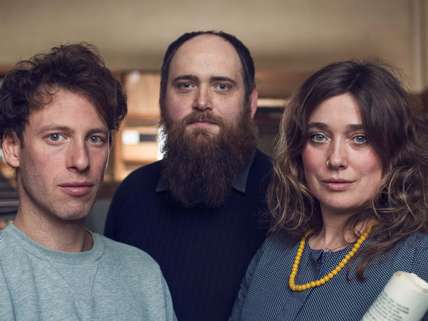