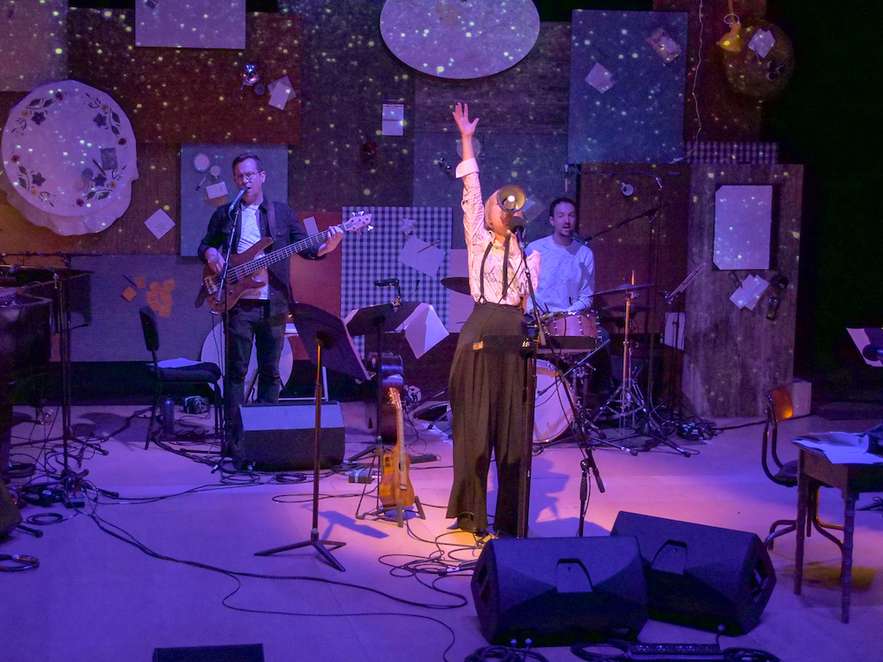 Wow, what a truly wonderful, powerful and moving project by Gwyneth Herbert. A big THANK YOU to all who joined us on the Letters I Haven't Written tour. Gwyneth and her band were incredible! This was an ambitious new music theatre project with songs from her acclaimed new album at its heart. THANK YOU to the extraordinary creative team, video designer Will Duke, director Susannah Tresilian and designer Tom Rogers. And THANK YOU to all the community groups who took part in Gwyn's songwriting workshops and the performance.

@AyannaWJ
The most extraordinarily moving show I’ve seen in years! @gwynethherbert is masterful songweaver and the duet with @KrystleWarren was beyond words. Thank you

@TitaniaKrimpas
Huge thanks to @gwynethherbert for massively cathartic, moving, big-hearted, content rich experience watching and singing along to Letters I Haven't Written #inspiring Go and see it!

@YWMPoxford
#lettersnotwritten what an experience! thanks to every young woman who was involved in thIs project and those who made it last night to share the stage with @gwynethherbert this has been a beautiful journey for all over the past 5 weeks!

@nicolsonbrooks
The splendid Gwyneth Herbert and her show 'Letters I haven't written'. Backdrop of screens with constantly changing stills and moving images reinforcing songs about suicide, Windrush, addiction and domestic abuse which ultimately cheered you up. So much going on. A real feast.

@piersford
Back with @Scandiandy from the launch of @gwynethherbert 's "Letters I Haven't Written" @snapemaltings - her best work yet: a concept album that resonates absolutely with our times. The performance ended in a collaboration with women from the Hope Centre - moving beyond words