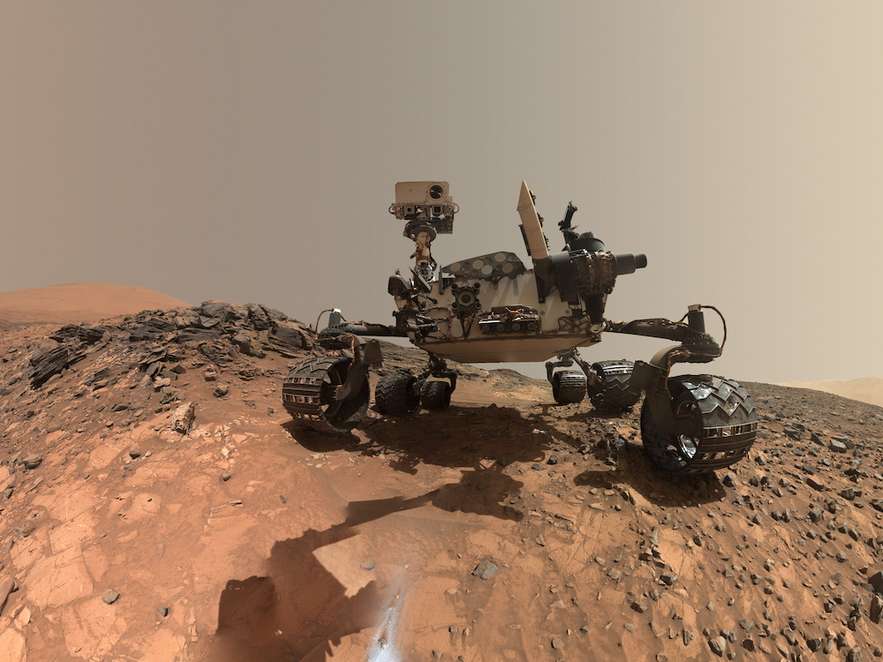 Having experienced the landscape of Mars through NASA’s Curiosity Rover, Deborah aims to capture our sense of the magnificence of Mars, our closeness to it, as well as the barren and cold reality at its surface.

Deborah Pritchard received a British Composer Award in 2017. Her work has been broadcast by BBC Radio 3, BBC Radio 4, commercially released by NMC, Signum and Nimbus and performed by the London Symphony Orchestra, BBC National Orchestra of Wales, London Sinfonietta and Philharmonia Orchestra. She is a synaesthetic composer and her violin concerto Wall of Water, after the paintings by Maggi Hambling, was held to critical acclaim by Gramophone as a 'work that will take ones breath away'. She studied composition with Simon Bainbridge for her MMus Degree at the Royal Academy of Music and was awarded her DPhil from Worcester College, Oxford where she studied with Robert Saxton. www.nmcrec.co.uk/composer/pritchard-deborah

Professor Sanjeev Gupta mentored Deborah on Mars. He is a geologist at Imperial College in London. He is interested in the processes that shape landscapes and how we can reconstruct these from Deep Time records preserved in sedimentary rocks. Since 2012 he has been exploring the evolution of Mars' landscapes. Currently he works with NASA's Curiosity rover to discover if the Red Planet could ever have been habitable for life, and is excited about future explorations with the European ExoMars rover due for launch in 2020. www.imperial.ac.uk/people/s.gupta

1. Mars days are only a little longer than a day on Earth but a year on Mars in almost twice as long as a year on Earth – 687 Earth days!

3. Mars is known as the Red Planet because there are iron minerals in the Martian soil that have oxidized, or become rusty, and caused the soil and atmosphere to look red.

4. Mars is a rocky planet, like Earth, but its surfaces has been changed by volcanoes, and impacts, rushing winds and chemical reactions

5. Mars is much smaller than the Earth, about half the radius, but only a tenth of the mass.