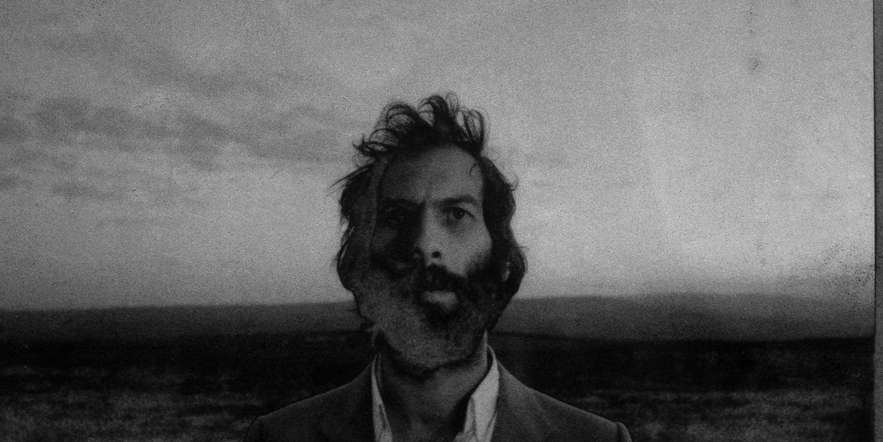 • Why the Memorymoog - what is the significance of that particular instrument over the piano with this project?

I’ve always had a love for analogue/vintage synthesisers of any kind and, the Moog Memorymoog was one of those instruments I’d only ever heard about so, when one came up on eBay, and local to me, I jumped at the chance. On collecting it, I met Phil Manchester - an amazing person and keyboard player with a vast musical experience. He’d owned the instrument for 25 years (from new), and occupied a special place in his life. It was then modified by Rudi Linhard in Germany a few years later, making it a Lintronics Advanced Memorymoog (LAMM). This project is all about that instrument, the human story of the people that have been involved with it, and places that have provided both direct and indirect inspiration of some kind. There’s no significance over the piano, here, it’s just a project centred around the narrative of what is now a LAMM.

• How did you and Michael first start working together? How did you become aware of his work?

Michael and I have known each other for a number of years, and had met through mutual friends in Manchester. I asked him if he would work on designing the cover for the moogmemory album (it was Michael who came up with the album’s title), and went from there. I’ve always loved his work; be it graphic, film or anything else - the majestic detail that goes into each piece of work is mind-blowing. We’d always wanted to work together on something and now, we’re finally getting round to doing something. Hopefully it’ll be the first of many things to come. He’s been a real inspiration to me...

• Location and place seem to hold a special significance to the moogmemory project. Can you tell us why?

Sure. As touched on above, it’s chiefly about the people involved: the engineering of Bob Moog and Rudi Linhard, the loving care bestowed on it by Phil James for half of its life, and its subsequent modification (by Rudi), and finally, to the present, where the album and live project has emerged. It was Michael who was excited by the idea of tying together a human/geographical narrative to everything - the design of the album, the photographs (taken on the moor above my home in Airedale - where all of the music was recorded), filming the reunion between Phil James and his old Memorymoog, my correspondences with Rudi whilst the instrument was undergoing repair; all of these strands will feed into the narrative of the show in one way or another. Michael was also keen to capture the place where my own personal musical turning point began in 2009: in Montauk, NY - and travelled there especially to capture footage for this show, as well as additional filming on the beautiful Yorkshire moors.

• How do you approach composition and has the process changed on this project?

I don’t compose in the traditional sense of the word. If I can’t capture something more or less as it emerges, subsequent repetition of the idea proves to be fatal, and the impulse/energy dies, and withers as I struggle to dissolve the consciousness that has arisen, the awareness of what I am doing. Personally, the more contrived something becomes, the less true it feels, to me. So, I have to trick myself into capturing these ideas by stealth - almost by accident, if you like. So, for the pieces on the moogmemory album, most of them are either first takes, or, were completed in ‘one hit’: finished within a very short burst of time, so as to not lose focus, or open the door to compositional contrivance and design. As a result, many ideas that arose in this period, died in the flames of repetition… Preparing to perform this music live has presented considerable challenges in that there is a tightrope to be walked between the specificity of already-established material and the familiar spontaneity that live performance affords. I have to practice performing the structural arc of the original, whilst retaining enough room for variation, difference, and the chance for something new to happen in the performance arena. Playing something in the exact same way, over and over again, is a false trail. I’m sure that, if I were a better musician, I’d make much lighter weather of it all...

• Which one moog / synth tune would you have loved to have written?

Theme from Fletch, by Harold Faltermeyer, and Spaced (from the album Gandharva & In a Wild Sanctuary), by Beaver & Krause.

• Are there specific tunes, tech or performers in particular that got you hooked on the analogue synth sound?

Musically, it was probably something from Herbie Hancock’s Mwandishi band. The albums Crossings, Sextant, Inside Out and Realization (the latter two are under trumpeter Eddie Henderson’s name), are all amazing - and made quite an impression on me - particularly the work of Patrick Gleeson (listen to Water Torture from Crossings), whose work is prevalent on much of this material (and who also first introduced Hancock to synthesisers). Gleeson is a much overlooked figure in the cannon of analogue synthesiser recordings. I started off with a Moog Prodigy (who I later sold to Glenn Armstrong, of Coup D’Archet records - and, incidentally, became great friends!).

• What can people expect from the tour?

• What are your plans for the rest of 2016 - involving / after Moogmemory?

Well, maybe a little live album of the moogmemory tour, as there’s a few new pieces, and very different/reworked versions of a number of the album tracks. We’ll see. I’ve already got another album (piano & cello) in the can, so to speak. It’s a much slower and bleaker sister to Montauk Variations. All of the tracks were recorded at home - most of them in very bad weather! You can hear one of them, here: https://soundcloud.com/matthew-bourne/isotach