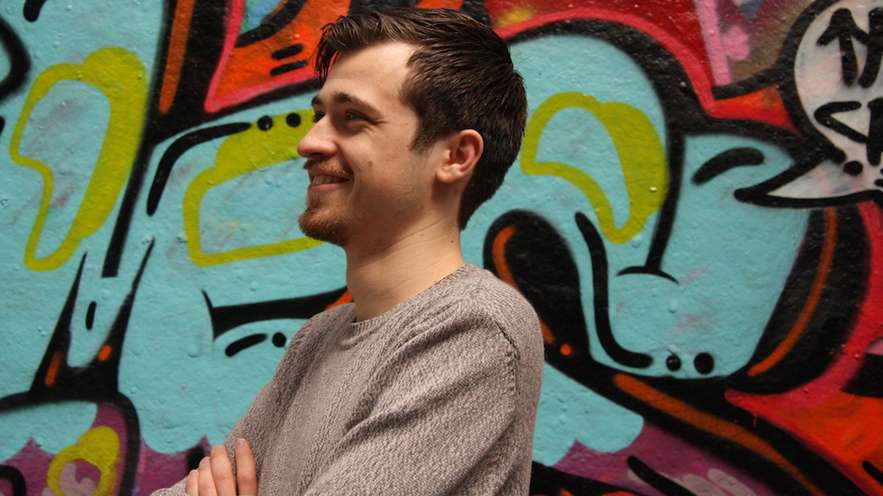 It turns out Uranus is a fascinating planet because its rotation around the axis is tilted on its side creating an extraordinary effect on sunrise and sunset – essentially 42 earth years of a pale sun slowly revolving in the sky, the circle getting wider until it disappeared under the horizon leading to another 42 years of twilight then darkness. This is the journey Sam has tried to communicate in his new piece. Converting 84 years into 5 minutes is quite a challenge.

Samuel Bordoli is establishing a reputation as one of the foremost composers of his generation. His varied output continues to explore relationships between music, architecture, literature and theatre. He was appointed Composer-in-Residence at Scottish Opera in 2017. He has written chamber operas, instrumental and choral music as well as site-specific works for some the UK's most iconic landmarks including Tower Bridge, St Paul’s Cathedral and City Hall, where he collaborated with Foster + Partners. He studied composition at the Royal Academy of Music, where he held the Mendelssohn Scholarship, and the Royal Birmingham Conservatoire. www.bordoli.co.uk

1. Uranus is about 4 times as wide as the Earth. It has 27 moons all named after the works of William Shakespeare and Alexander Pope.

2. Uranus has its own set of rings! It has 13 in total that are narrow and dark close to the planet and brightly coloured further out

3. Uranus is a bit like Venus, in that it also rotates East to West, but it is unique as it rotates lying on its side.

4. One Uranian day is about 17 hours and one Uranian year is about 84 Earth years!

5. Uranus is an Ice giant made up of water, methane and ammonia. Its atmosphere is mostly hydrogen, helium and a small amount of methane. Hydrogen sulphide has also been detected high in the clouds of Uranus which would make it smell a lot like rotten eggs.